Get the latest News

The Florida Aviation Network is an "In the Clear" satellite broadcast system that promotes Aviation and Aviation Safety.

Obie S. Young is a Producer / Director for the

Florida Aviation Network.He is the President of

President of the Florida Motion Picture and

a life Member of the Media Communication

He is an Airline Transport Pilot with over 16,000

hours accumulated in his 55 years in aviation.

He has worked in FAR Part 141 pilot training,

and as a FAA Designated Written and Flight

Examiner for Private through ATP.  He flew in

air shows for six years and produced and directed

air shows for 19 years.  He is a member of several

aviation organizations and a lifetime member of

EAA and the Florida Air Museum at SUN ‘n FUN.

In the Mississippi Wing CAP Lt Col Young served as Squadron Commander, Group Commander, Wing Standardization and Evaluation Officer and finally as the Wing Vice Commander.  In the Florida wing as the FAA Safety Program Manager he helped to produce the CAP National Check Pilot School.  He is now assigned to FLWG Safety.

He worked with the FAA Accident Prevention Program for 15 years in industry.  He was the founder and past president of the Mississippi Association of Flight Instructors.  He was awarded Flight Instructor of the Year for the United States in 1977.  He was awarded the Master Certified Flight Instructor Award in 1998, 2000, 2003, 2005, 2011 and 2013. He received the coveted FAA Wright Brothers Master Pilot Award in 2019. He received a tribute Proclamation of Achievement from Florida Representative Anthony Sabtini in April 2022 at SUN 'n FUN.  He wrote for several aviation publications and had his own column "Unusual Attitudes."  He has made hundreds of presentations throughout the United States and is a Distinguished Toastmaster.

He served with the Flight Standards Division of the FAA from 1990 to 2010 when he retired from the FAA.  He worked in the FAA Safety Program during this entire time and completed his federal career as the first National Safety Team (FAASTeam) Production Manager at the National Resource Center in Lakeland, Florida. 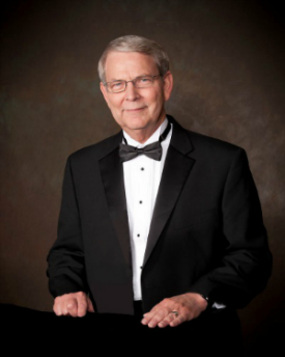